Pistoia is off the beaten path for most tourists who hit the high spots of Venice, Florence, and Rome. I have spent a week now in Pistoia, and discovered many art treasures in the most unusual places.

In the Piazzetta degli Ortaggi, one of my favorite bronze sculptures is “Giro di Sole” (Around the Sun) by Roberto Barni in 1996.  These three men are blind, but nonetheless they are carrying a light in three directions. I think of the Sun as God, and even though we are deeply flawed, often blind, God has entrusted us to share the Light of the World wherever we go. 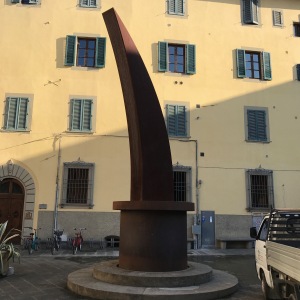 This bronze, on the other hand, is not my favorite, and many Pistoians share my opinion.  It is called “La Luna nel Pozzo” (Moon in the Well). I’m still trying to figure this one out. It is located in the Piazza Giovanni XXIII, in front of the old hospital. The artist is Gianni Ruffi who created this in 1999. 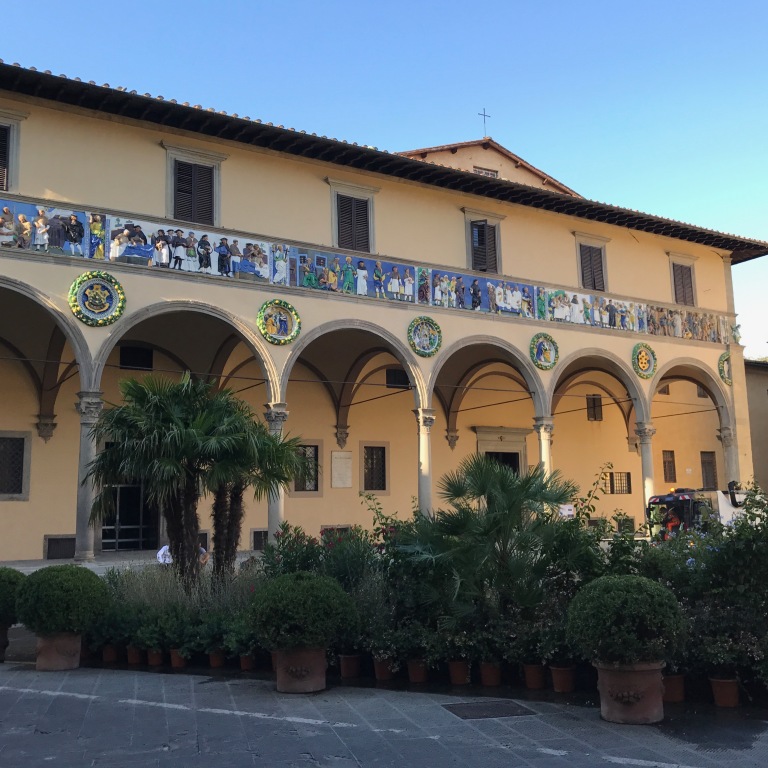 The famous hospital, Ospedale del Ceppo, was decorated by this ceramic glazed frieze in the 1500s. In 1525, Giovanni Della Robbia added the round “tondoes” below the frieze. 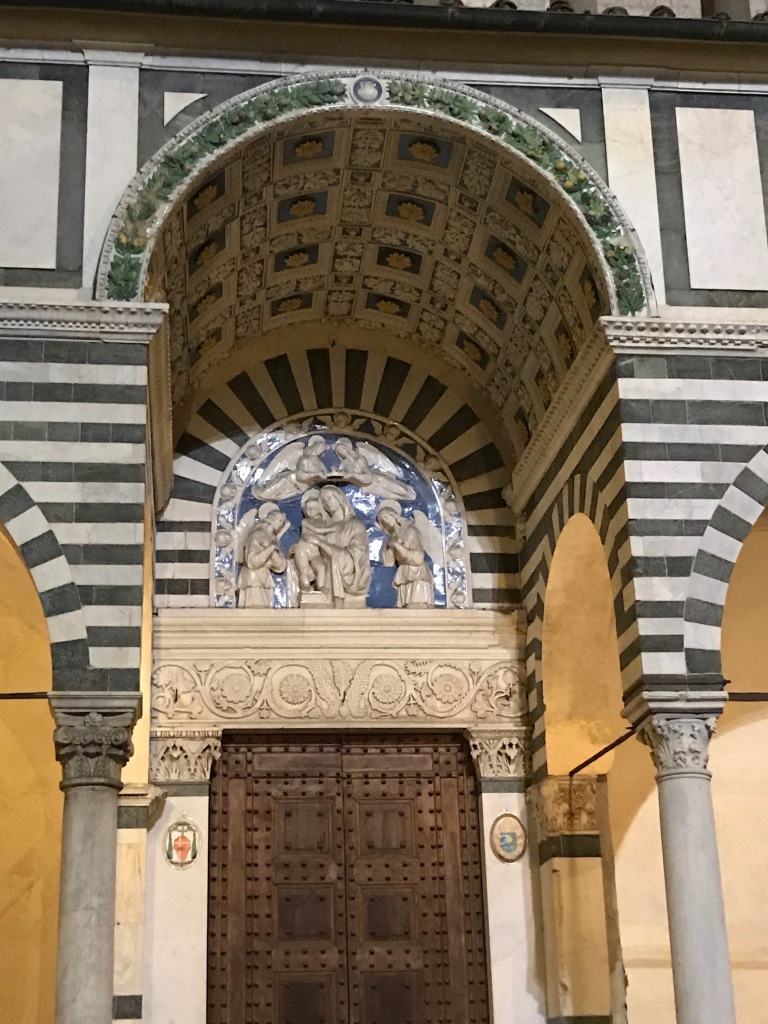 “Madonna con Bambino tra Angeli” (Madonna with Child between Angels) was a masterpiece by Andrea Della Robbia, created in 1505.

My favorite Della Robbia is The Visitation by Luca Della Robbia, created in 1445. It is currently being exhibited in the San Leone Church. 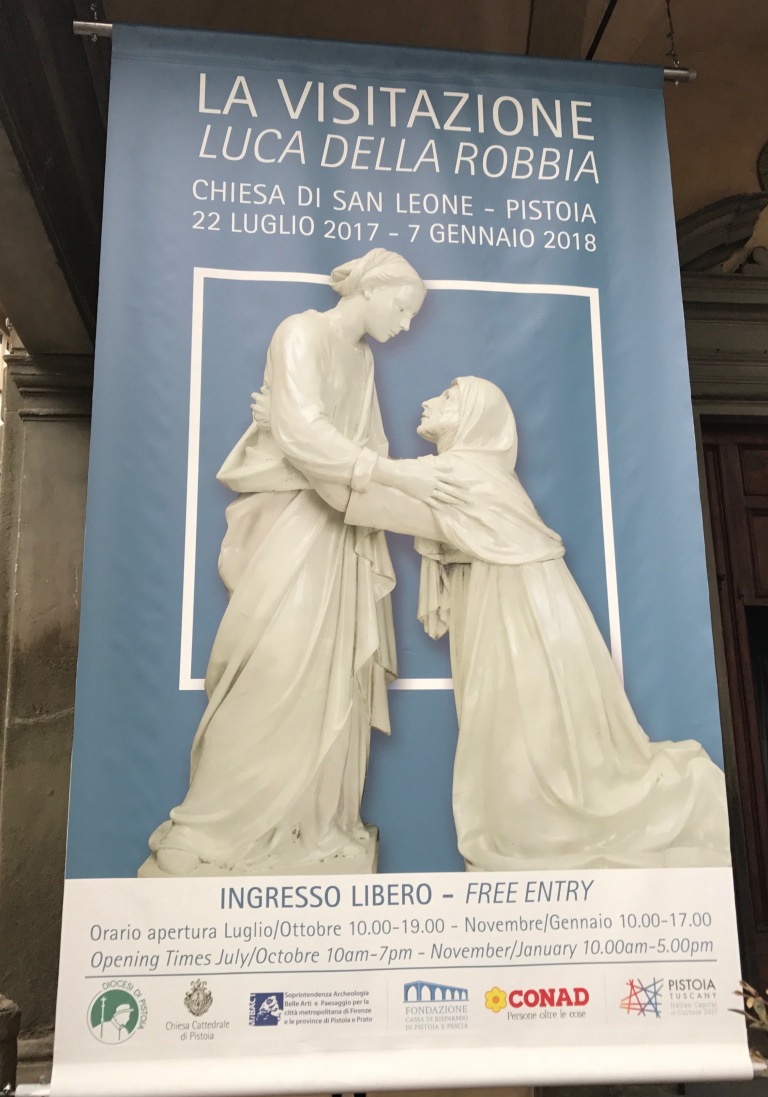 It is the earliest surviving person glazed terra-cotta freestating sculpture created  by della Robbia. The moment where Mary visits her cousin Elizabeth is beautifully depicted. 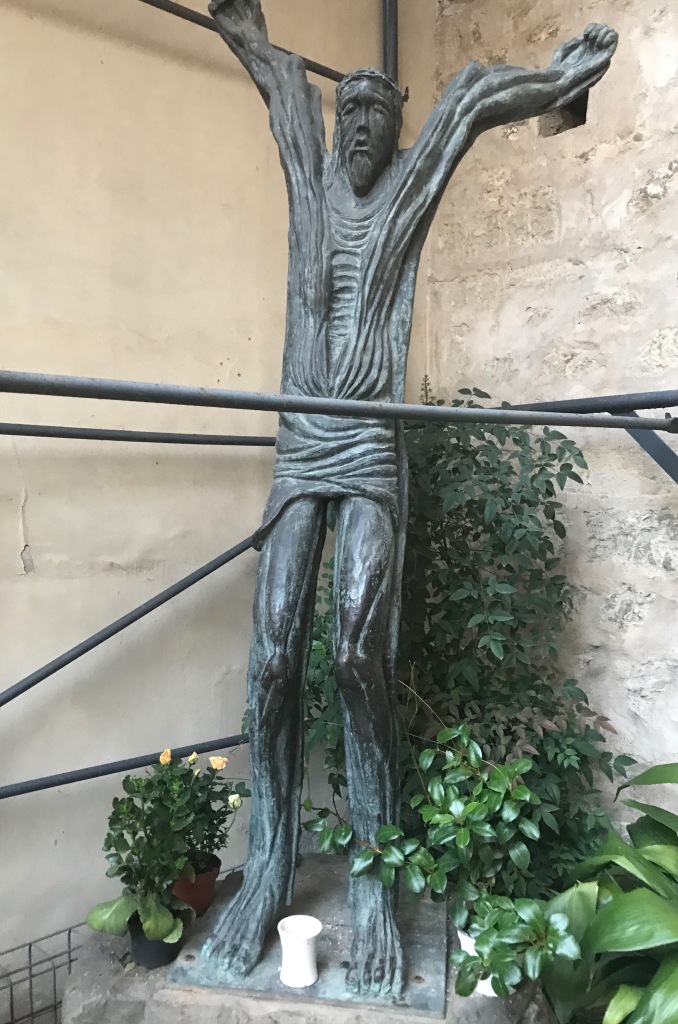 “Crocefisso del Giubileo” (Crucifixion for the Jubilee) was created by Nevio Di Marco in 2000 for San Paolo Church. It is in the courtyard beside the church which leads to a prayer room. Look at the entrance: 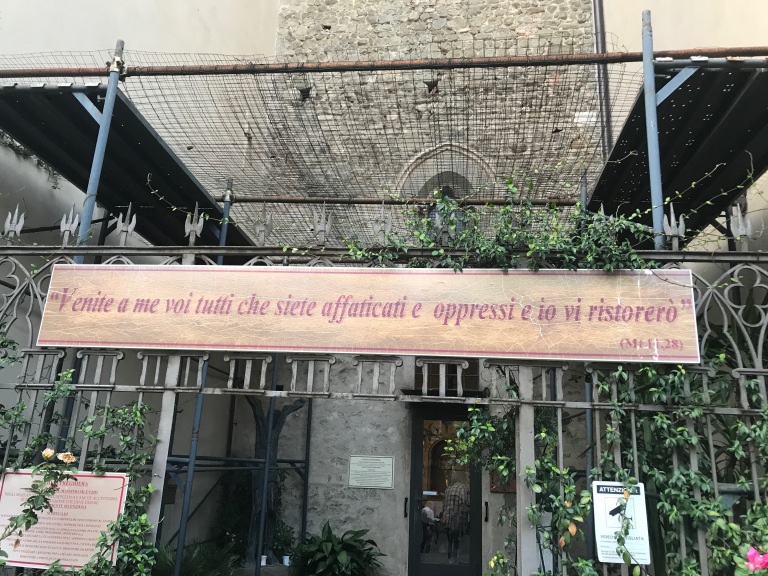 It says “Come unto me all you who are weary and heavy-laden, and I will give you rest.” (Matthew 11:28) The tiny prayer room was full of dear ones praying. 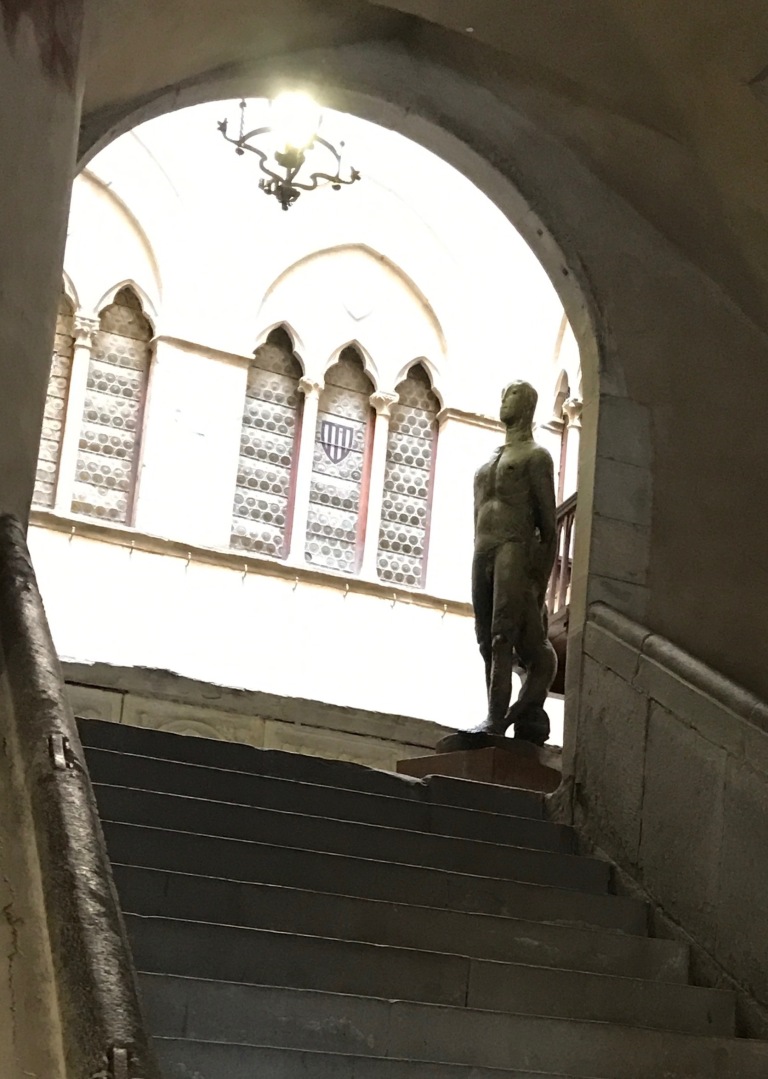 This modern strange bronze called “Herod” by Jorio Vivarelli stands proudly at the head of the second story of the Palazzo del Commune, built in 1294. What you can’t see is what he is hiding behind his back: he’s holding a dead baby by his feet, hanging upside down.

This magnificent wooden sculpture is in the Santo Spirito Church. It says: “And the Word was made flesh and dwelt among us.” John 1:14. 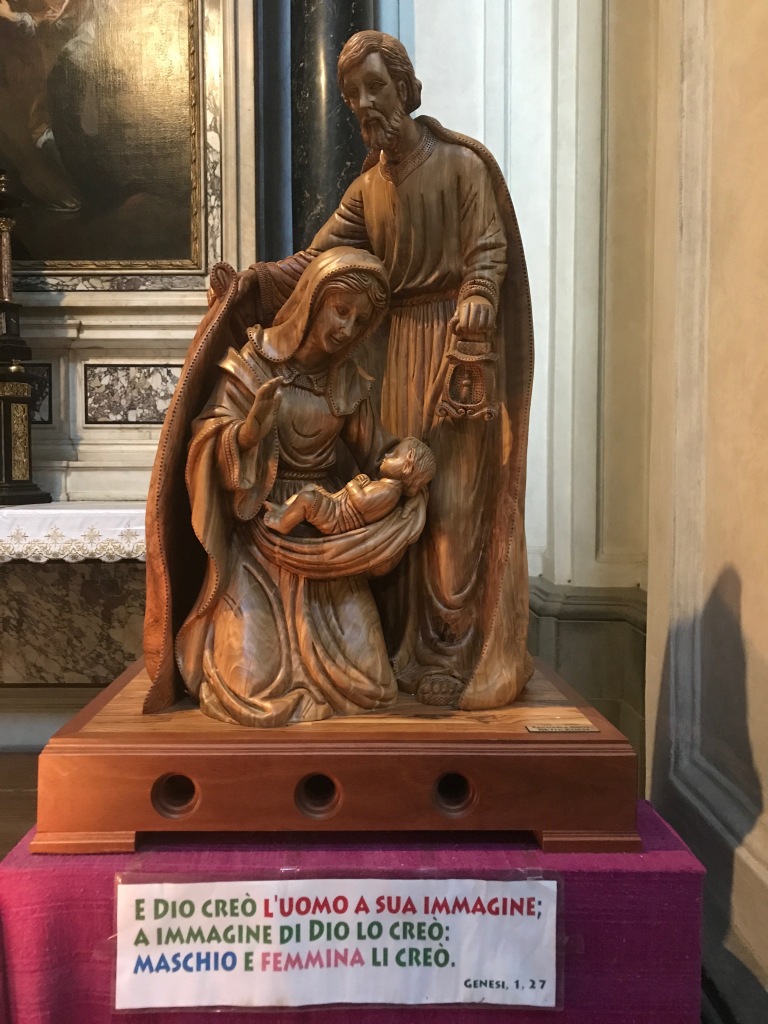 Also in the Santo Spirito Church was this lovely wooden sculpture. The Bible verse says, “And God created man in his own image; in the image of God created he him; male and female created he them.” Genesis 1:27